3 Pilates Moves a 58-Year-Old, 6-Time Ironman Triathlete Says Everyone Should Do 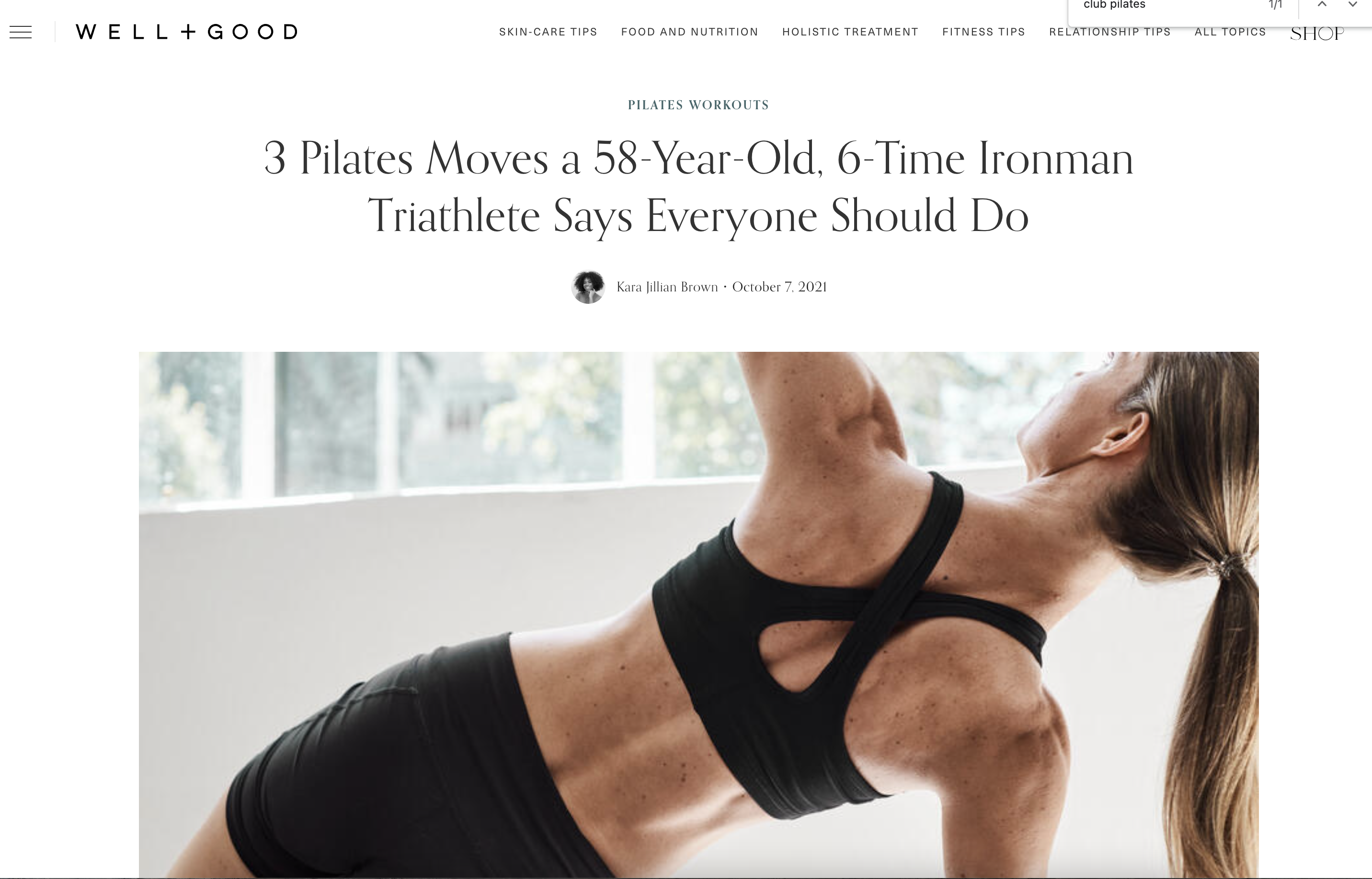 When Jackie Timmerman first started competing in Ironman Triathlons in her mid-30s, she wasn't anticipating the wear and tear her body would endure with each race.

Knowing that her journey as triathlete had just begun, she sought a modality to support her long-term goals. An 80-year-old Pilates instructors at the gym provided Timmerman with the kind of inspiration she had been looking for.

She tried Pilates, known for the fundamental principles of core strength and stability it offers athletes, and got hooked almost immediately.

She was a fitness instructor for decades before becoming a Club Pilates instructor herself in 2019. Having trained dozens of triathletes, she credits Pilates for helping them to maintain competitive strength through the years.

Timmerman says Pilates is the key to stability during races and training runs. She used to roll her ankles frequently while running, but Pilates footwork has strengthened her calves, ankle joints, and core to the point that it's no longer an issue. "You know how you start to fall forward when you're tripping?" says Timmerman. "While tripping on a trail run, all of a sudden, my abdominal muscles locked up to stabilize me so I won't face plant. It was pretty interesting. I was like, 'Wow, this Pilates stuff really works.' I was blown away by how strongly my core fired just to keep me upright."

Timmerman says anyone can benefit from a Pilates routine. Think about constructing a 20-story office building, she says: "You can't build that building unless you have a base." For many athletes, Pilates is that base. "You're building the foundation. You can ask a lot of the body if you've built the strength up to be able to do what you want the body to do." Below, Timmerman shares the three Pilates moves for racers.

3 pilates moves for athletes at all levels

"People hold planks for upwards of four, five, six minutes, right? That's all good that you can do that, but you're overworking certain muscles just to hold that," says Timmerman. Instead, she says it's best to load your planks on and off. "In other words, doing a plank, holding it for 10 seconds, dropping to your knees, going right back into it again. So doing 10 sets of 10-second hold planks are far more effective than just holding a plank for a prolonged period of time." Whether you do these as full-arm planks or forearm planks is up to you, says Timmerman.

In yoga, shell stretch is referred to as child pose or Bālāsana. "Shell stretch is a big thing," says Timmerman. "It's recruiting the abdominal wall to draw the head and the tailbone in towards each other. That kind of movement is really key." To perform shell stretch, begin on your knees and fold forward, stretching your arms out long and dropping your forehead toward the ground.

"For an athlete competing in a variety of races such as swimming, cycling, running, etc. being able to maintain stability in our core muscles is paramount to generating power to move fast," says Timmerman. "If these are not strong and stable the body can’t absorb impact and loses the ability to generate power. Teasers teach the body to minimize unnecessary movement, thus, [minimizing] wasted energy."

5 Trainer-Approved Pilates-Ring Exercises
Exactly What to Wear to Your First Club Pilates Class, Straight From the Studio's Instructors
If You're Craving a Full-Body Toning Workout, These Pilates Classes Are 100% Free Right Now